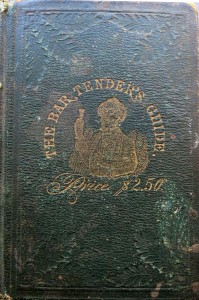 […] to bring new drinks to the market. “Professor” Jerry Thomas, the author of the famous book Bartender’s Guide, was one of those innovative […]

[…] Thomas’s information might be seen because the first devoted cocktail guide, it offered no decor recommendation nor etiquette ideas for throwing a […]

[…] opportunity to sip the cocktail invention of a famous bartender. The publication of Jerry Thomas’ ‘The Bartenders Guide’ in 1862 further highlighted the growing cocktail culture. His book included Golden Age cocktail […]