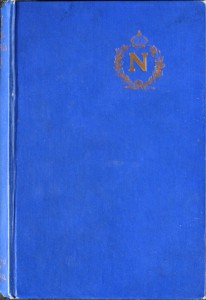 Originally published in 1937 by the United Kingdom Bartenders Guild, Café Royal Cocktail Book compiled by William J Tarling offers a rare glimpse into the wide array of drinks offered in London bars between the two world wars. Tarling, head bartender at the Café Royal during had two goals. He wanted to extend this resource to consumers. Serving as Guild president after Harry Craddock, he also wanted to raise funds for the United Kingdom Bartenders Guild Sickness Fund and the Café Royal Sports Club Fund.

Thus, Tarling drew from the recipes previously compiled for Approved Cocktails, and added more—hundreds more—collected from his contemporaries, competitions, and his own personal file box. The result was an outstanding and timely book.

The Café Royal Cocktail Book did more than gather recipes, it captured a boom time in the history of cocktails, glass by glass. Sadly, there was only one printing and it became an unobtainable rarity, locking away a time capsule of drinks and knowledge.

Within these pages are some of the earliest known recipes for drinks made with tequila and vodka as well as memorable concoctions made with absinthe and other recently revived ingredients-an essential addition to every cocktail book library.—Anistatia Miller

This book does not seem to be uploaded. Are the contents viewable?