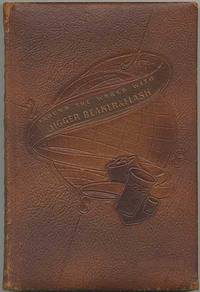 In 1931, American journalist Charles H Baker Jr took an odyssey, searching for the finest food and drink in such obscure corners as Cairo, Mindinao, Calcutta, Mexico City, Buenos Aires, Borneo, Jaipur, and Yokohama. Everywhere he went, everywhere he looked there was a bar, a bartender, and some unique, carefully prepared variation on the words “cocktail” and “mixed drink.” Thus was found the material documented in The Gentleman’s Companion, Volume II: An Exotic Drinking Book

Even in the wilds of Siberia, Baker discovered a vodka concoction whose descendant became a resounding 1970s hit—The Vladivostok Virgin.

While in Buenos Aires, wandering journalist met “two young gentlemen from the Argentine . . .and who own polo ponies, ranches, and things.” He tried the gentlemen’s Mi Amante during a local heat wave “with results entirely at odds with the first reaction to its written formula.”

Baker was told the tale of the Daiquiri from a somewhat different perspective than other journalists and authors relate, adding a few more characters to the plot.

He also explored a different and wholly imaginative recipe for the Singapore Sling and a possible ancestor of the Martini known as the San Martin.

Eight years later, when he published his notes in his 1939 book The Gentlemen’s Companion: Being an Exotic Drinking Book or, Around the World with Jigger, Beaker, and Flask, he documented how deeply the cocktail had become engrained in the world’s minds and hearts. Even cocktails with familiar names had personal twists that made the drink the particular bartender’s own. The global industry had reached a point in which customised classic were the norm, locally-sourced ingredients replaced hard-to-get originals, and proportions were adjusted to suit local tastes. The true creativity of cuisine had reached its zenith, albeit hidden from public scrutiny because celebrity names weren’t attached to their consumption or creation.

The stories alone in this volume are a travelogue for bartenders and sippers to savour page by page, drink by drink. And the surprisingly different versions of some of the world’s favourite concoctions are a study on their own.—Anistatia Miller