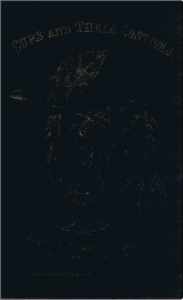 This book was so popular that a second edition was published in 1869.