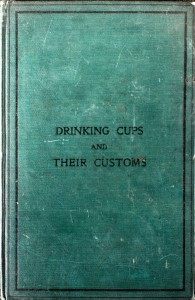 This is the second edition which was published in 1869, the first edition appeared in 1863.